Our successful concert was conducted by Peter Adams not Robin Osterley who withdrew for personal reasons. 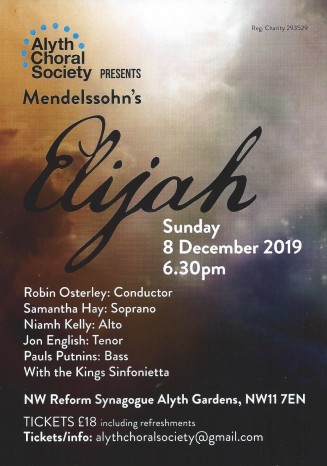 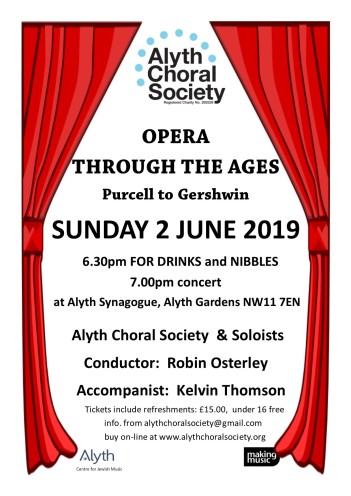 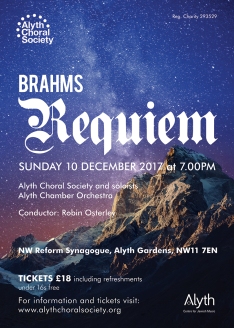 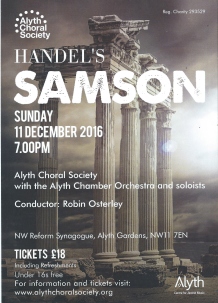 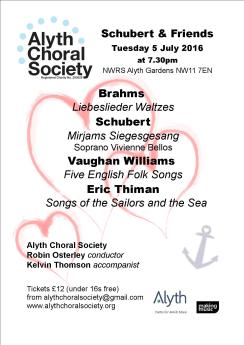 Alyth Choral Society  were conducted by Robin Osterley and accompanied by :

Alyth Choral Society joining with The ACS Children’s Choir and Alyth Chamber Choir to perform:
May the Lord bless you and keep you by Ronald Corp
Job’s Lament an oratorio by Peter Webb
Captain Noah and his Floating Zoo by Joseph Horowitz, libretto by Michael Flanders
I believe in springtime by John Rutter
Lakol Z’man by Ben Steinberg
I am dark but lovely by Srul Irving Glick
Raphael Lang will play Britten’s Cello Suite No.1, Opus 72
Soloists were Robin Osterley and Cantor Cheryl Wunch.
The Conductor was Vivienne Bellos and the accompanist Kelvin Thomson.

and together with the choir of St John’s
Mendelssohn: Blessed are the men  who fear Him
Thomson: Shower, O Heavens
Vaughan Williams: O how amiable

Spring concert 2014: Handel, Elgar and others

The performance of Psalm 23, Adonai Roi, was its premiere and we were delighted that its composer,Peter Webb, was present. 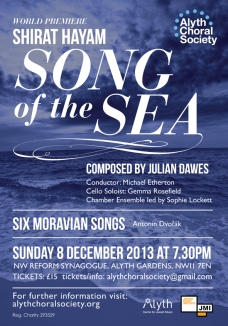 Conducted by musical director Michael Etherton,
the choir gave a much praised performance to a full house,
with  the Alyth Chamber Orchestra,
leader Mark Messenger, and Malcolm Cottle, organ continuo.

December 2012 : Chanukah Festival of Light
together with The Alyth Youth Singers

ACS  with Michael Etherton  before Handel’s Israel in Egypt 2011

The following is just a sample of the Society’s performances of major choral works over the past 25 years. There are usually three concerts a year,  one of which is with full orchestra.